Posted on October 5, 2011 by worldinvestmentgroups 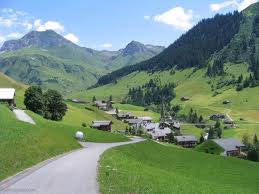 A new study on financial secrecy has found Switzerland to have the world’s most opaque bank system, despite recent fiscal agreements with Germany, the UK and the US.

A major report by the Tax Justice Network — an independent non-profit group supported by academics, NGOs and political activists — keeps the country in the eye of the storm when it comes to bank secrecy and its status as a tax haven. Switzerland tops the list ahead of the Cayman Islands and Luxembourg.

However, many in Switzerland expect the country to shed its financial pariah status in the coming years. Fiscal expert Jean-Christian Lambelet told The Local that “the battle for bank secrecy is lost,” predicting that Switzerland’s banks would cease to be tax havens in 2004.

Lambelet, head of the macroeconomics institute at the University of Lausanne, said his opinion was based on recent bilateral agreements, particularly with the US. That deal would open the door for the automatic exchange of data between the Swiss government and its counterparts around the world, he said.

But the demise of bank secrecy need not be a cause for major concern, he added.

“The country’s economy does not depend on the arrival of foreign money,” Lambelet told The Local.

Bank secrecy in Switzerland dates back to 1934. The country recently signed agreements with Germany and the UK and agreed, for the first time in history, to give the US the personal data of more than 4,000 bank clients. Yet, these efforts are considered “ineffective” by the Tax Justice Network.

The organisation is deeply critical too of members of the G-20. Meeting in London in April 2009, the group published a “blacklist” of the jurisdictions that were not cooperating enough with fiscal and judiciary authorities. The list was compiled by the Organization for Economic Co-operation and Development (OECD).

A few months later, after the signing of several bilateral agreements, no countries remained on the list. A few nations were consigned to a so-called “grey” list” but Switzerland manage to get itself off the roster.

In its report, the Tax Justice Network rejects as “inadequate and inefficient” the criteria used by the OECD to put together its lists of tax havens.

Switzerland’s “widespread involvement in the administration and use of trusts, foundations and offshore companies remains a major barrier to tackling tax evasion and illicit financial flows,” the report says.

The Helvetian Confederation administers 40 percent of the world’s private fortunes. According to the Swiss Bankers Association, the country’s banks currently hold €3.6 trillion, of which 2.3 billion belongs to foreign clients, most of them European.

Experts estimate that about one third of these assets are resting in opaque accounts, meaning they have not been declared to the tax authorities of their homes countries.

How to Invest in the Global Shale Oil and Gas Boom