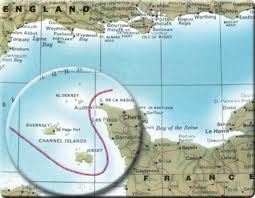 Nevertheless, there are some legal implications and some things that must be kept in mind. One of those things is the fact that it is not legal for a United States citizen to open an offshore bank account. Sure, you may be protecting your money from creditors or from high taxes, but you could get yourself into trouble. This is how some become convicted of tax evasion, but it is very possible that the long arm of the law will not reach your offshore account.

Another risk is the fact that your money doesn’t have the protection of the government. Your money is subject to the laws of the country that it is in. This means that a coup or some accounting scheme could occur that would cause you to lose all of your money. That is when you must ask yourself which country you want to open your offshore account in. Should you choose Switzerland, Bermuda, the Bahamas, or the Caymans? This can certainly be a difficult decision.

– If you open an account in Switzerland, you can do it via e-mail or in person if you are in the country. Swiss bank accounts are quite secret and that is why so many choose them. They operate much like American banks and keep certain private matters such as divorce private. Switzerland does not change their laws under American pressure like some other countries do.

– Opening an offshore account in Bermuda doesn’t require you to be present at the bank. The account can actually be opened by mail, along with proof of identity. Many of their banks are known for serving clients all over the world and this has made offshore banking in Bermuda quite popular.

– The Bahamas are also known for their secrecy due to their privacy laws. This makes offshore banking in the Bahamas a huge business. They are also compliant with international laws with attractive incentives for their bankers.

– The Caymans are also one of the best because of the similarity to a U.S. bank account. Then there is the possibility of keeping your identity a secret. The Caymans do not encourage tax evasion, but they do not report deposits in the accounts or interest gained from those deposits.

Offshore banks do not report your income to the IRS like U.S. banks do, so they use an honor system. This means that it is up to you to report your income, but changing laws and other factors can cause issues if you do not comply with the laws of your own country. However, offshore accounts keep matters private and keep others from learning of your affairs. That is why such accounts are so popular amongst people all over the world.

This entry was posted in Banking, Taxes and tagged bank account, offshore, taxes. Bookmark the permalink.