Posted on February 28, 2012 by worldinvestmentgroups

Following World War II, rapid industrialization and diversification occurred within Croatia. Decentralization came in 1965, allowing growth of certain sectors, particularly the tourist industry. Profits from Croatian industry were used to develop poorer regions in the former Yugoslavia. This, coupled with austerity programs and hyperinflation in the 1980s, contributed to discontent in Croatia.

Privatization and the drive toward a market economy had barely begun under the new Croatian Government when war broke out in 1991. As a result of the war, the economic infrastructure sustained massive damage, particularly the revenue-rich tourism industry. From 1989 to 1993, GDP fell 40.5%. With the end of the war in 1995, tourism and Croatia’s economy recovered moderately. However, corruption, cronyism, and a general lack of transparency stymied meaningful economic reform, as well as much-needed foreign investment.

Croatia’s economy grew strongly in the 2000s, stimulated by a credit boom led by newly privatized and foreign-capitalized banks, some capital investment (most importantly road construction), further growth in tourism, and gains by small- and medium-sized private enterprises. One downside to these steadily improving trends was a strong growth in Croatia’s stock of foreign debt, which by 2010 had reached almost 100% of GDP.

Despite the gains, substantial challenges remain. Croatia’s economy was hit hard by the global financial crisis, and has recovered more slowly than many of its neighbors. The country experienced a drop from 2.4% GDP growth in 2008 to a 5.8% contraction in 2009. GDP fell a further 1.2% in 2010 (about $62.25 billion), while estimates for growth in 2011 range from around 1.3% to 1.8%. Official unemployment is 17.6%. Croatia’s external imbalances and high foreign debt present long-term risks to its economic well-being, as continued access to foreign credit may be severely limited. An inefficient bureaucracy, relatively high labor costs, and lack of transparency in taxes, fees, and the public tender process have all led to a generally unfavorable climate for foreign investment. To address this, the government has begun to eliminate certain non-tax fees on business, consolidate overlapping government agencies, and identify administrative barriers to foreign investment, but progress is slow. Improvements to Croatia’s judicial system are not yet fully achieved, another hindrance to economic development.

The privatization process, begun in the 1990s, has been unsteady, largely as a result of public mistrust engendered when many state-owned companies were sold to the politically well-connected at below-market prices. The government sold three large metals plants in early 2007, but the Croatian state still controls a significant part of the economy, with government spending accounting for as much as 50% of GDP. Some large, state-owned industries continue to rely on government subsidies, crowding out investment in education and technology needed to ensure the economy’s long-term competitiveness. The government is trying to privatize several state-owned shipyards as part of its European Union accession bid. As of April 2011, there were signs of progress in this area, but the process has not yet been finalized.

The powers of the legislature include enactment and amendment of the constitution, passage of laws, adoption of the state budget, declarations of war and peace, alteration of the boundaries of the republic, and carrying out elections and appointments to office.

Following the death of President Tudjman, the powers of the presidency were curtailed and greater responsibility was vested in Parliament. The president is the head of state and is elected by direct popular vote for a term of 5 years. The president is limited to serving no more than two terms. In addition to being the commander in chief, the president nominates the prime minister-designate based on election results.

The prime minister, who is nominated by the president, assumes office following a parliamentary vote of confidence in the new government. The prime minister and government are responsible for proposing legislation and a budget, executing the laws, and guiding the foreign and internal policies of the republic. The HDZ-led government that assumed office in January 2008 represented a coalition agreement between the HDZ (66 seats), the Croatian Peasant Party (HSS) (6 seats), the Independent Democratic Serbian Party (SDSS) (3 seats), and other minority representatives. The Croatian Social Liberal Party (HSLS), which had two seats in the Sabor, decided to leave the coalition in June 2010 but the two HSLS deputies split with their party and reached an agreement to cooperate with the ruling coalition. The lone representative of the Croatian Party of Pensioners (HSU) previously left the coalition government in July 2009. The current government has, in addition to Prime Minister Kosor, 18 ministers, which includes six deputy prime ministers. Minor coalition partners hold three cabinet seats: tourism and two deputy prime minister seats, including one responsible for regional development and returns held by a representative of the Croatian Serb SDSS party. This is the highest-ranking government position held by a Croatian Serb since Croatia’s independence in 1991.

FOREIGN RELATIONS
Croatia has made great strides on the road to Euro-Atlantic integration. NATO and EU membership have been strategic goals, as Croatia seeks to forge stronger ties with the west. Croatia received an invitation to join NATO at the NATO Summit in Bucharest, Romania in April 2008; it became a full member of the Alliance in April 2009. Croatia is now in the final stage of its EU accession negotiations, which it hopes to conclude by June 2011,

One of the EU accession requirements is for Croatia to demonstrate full cooperation with the International Criminal Tribunal for the former Yugoslavia (ICTY). One of the central cases associated with this requirement involves former General Ante Gotovina, currently standing trial for war crimes in The Hague. A fugitive from justice since 2002, Gotovina was arrested in December 2005 by Spanish authorities in the Canary Islands, partially as a result of intelligence information provided by the Croatian Government. More recently, Croatia’s ICTY cooperation has been assessed, in part, based on its ability to track down missing documents requested by the ICTY for use in the prosecution of Gotovina. The ICTY is scheduled to announce a verdict in the case, which includes two other Croatian generals, on April 15, 2011.

In May 2003, the United States joined Croatia, Albania, and Macedonia to sign the Adriatic Charter, in which the three NATO aspirants pledged their commitment to NATO values and their cooperative efforts to further their collective NATO aspirations. In 2008, the Adriatic Charter expanded to include two new countries, Bosnia and Herzegovina and Montenegro.

Croatia has been a member of the United Nations since 1992, and contributes troops to a number of UN operations, including those in the Golan Heights, Cyprus, Sudan, Liberia, Lebanon, Western Sahara, and Kashmir. In December 2009, Croatia ended a 2-year term as a non-permanent member of the UN Security Council. Croatia also contributes troops to support NATO-led Kosovo Force (KFOR) and since 2003 has participated in the International Stabilization Assistance Force (ISAF) in Afghanistan. The Croatian Parliament in December 2010 approved raising the ceiling on the number of soldiers in Afghanistan to 350. Croatia is a member of the World Trade Organization and the Central European Free Trade Organization.

Croatia is also active in the region, particularly in supporting its neighbors’ Euro-Atlantic aspirations. Croatia has made progress on dealing with a number of post-conflict issues. Some of these, such as the status of refugees displaced during the 1991-95 war and determining the fate of missing persons from the war, remain key issues influencing Croatia’s relations with its neighbors. 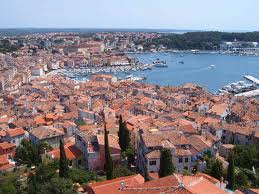 Bilateral relations between the U.S. and Croatia are very strong. The United States opened its Embassy in Zagreb in 1992. U.S. engagement in Croatia is aimed at fostering a democratic, secure, and market-oriented society that will be a strong partner in Euro-Atlantic institutions. The U.S. also welcomes Croatia’s desire to play a positive and stabilizing role in the region.

In an effort to promote regional stability through refugee returns, the United States has given more than $27 million since 1998 in humanitarian demining assistance. Croatia hopes to remove an estimated 90,000 remaining mines by 2019. The United States has also provided additional financial assistance to Croatia through the Southeastern European Economic Development Program (SEED) to facilitate democratization and restructuring of Croatia’s financial sector, largely through programs managed by the U.S. Agency for International Development (USAID). Most SEED funding and USAID programs in Croatia concluded in 2008. USAID closed its offices in Croatia in 2008.

The Department of Defense has a robust military-to-military relationship with Croatia. The U.S. provides military assistance to Croatia in the form of training, equipment, equipment loans, and education in U.S. military schools. Croatia also has a state partnership with the Minnesota National Guard, and participates in a joint training team with U.S. troops in Afghanistan.

TRAVEL AND BUSINESS INFORMATION
The U.S. Department of State’s Consular Information Program advises Americans traveling and residing abroad through Country Specific Information, Travel Alerts, and Travel Warnings. Country Specific Information exists for all countries and includes information on entry and exit requirements, currency regulations, health conditions, safety and security, crime, political disturbances, and the addresses of the U.S. embassies and consulates abroad. Travel Alerts are issued to disseminate information quickly about terrorist threats and other relatively short-term conditions overseas that pose significant risks to the security of American travelers. Travel Warnings are issued when the State Department recommends that Americans avoid travel to a certain country because the situation is dangerous or unstable.

For the latest security information, Americans living and traveling abroad should regularly monitor the Department’s Bureau of Consular Affairs Internet web site at http://www.travel.state.gov, where the current Worldwide Caution, Travel Alerts, and Travel Warnings can be found. Consular Affairs Publications, which contain information on obtaining passports and planning a safe trip abroad, are also available at http://www.travel.state.gov. For additional information on international travel, see http://www.usa.gov/Citizen/Topics/Travel/International.shtml.

The Department of State encourages all U.S. citizens traveling or residing abroad to register via the State Department’s travel registration website or at the nearest U.S. embassy or consulate abroad. Registration will make your presence and whereabouts known in case it is necessary to contact you in an emergency and will enable you to receive up-to-date information on security conditions.

Travelers can check the latest health information with the U.S. Centers for Disease Control and Prevention in Atlanta, Georgia. A hotline at 800-CDC-INFO (800-232-4636) and  CDC Center for Disease for Travelers Website gives the most recent health advisories, immunization recommendations or requirements, and advice on food and drinking water safety for regions and countries. The CDC publication “Health Information for International Travel” can be found at http://wwwn.cdc.gov/travel/contentYellowBook.aspx.

Export.gov provides a portal to all export-related assistance and market information offered by the federal government and provides trade leads, free export counseling, help with the export process, and more.