Posted on August 19, 2011 by worldinvestmentgroups 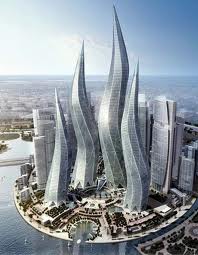 It is Worthwhile to Invest in Dubai

Dubai is one of the 7 Emirates of the United Arab Emirates. It is the largest by population and second largest in surface area. UAE is bordered with Saudi Arabia and Oman on the Arab Peninsula and has the largest population with the second-largest land territory by area of all the emirates, after Abu Dhabi Dubai and Abu Dhabi are the only two emirates to have veto power over critical matters of national importance in the country’s legislature.

Historically Dubai used to be a port for the past 200 years and gained further importance in the 70’s and 80’s. However after that period Dubai has reduced its importance in international trade and created industry specific “free zones” including Dubai International Finance Centre and Dubai Internet City. 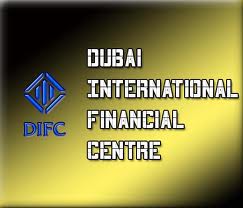 THE Gateway for Capital and Investment, DIFC is an onshore financial center strategically located between the east and west, which provides a secure and efficient platform for business and financial institutions to reach into and out of the emerging markets of the region.

The DIFC is the Middle East’s’ regional financial center. Although in its developing stage it already has established a presence with major investment banks and financial centers. It initially was created to benefit the economic development of Dubai as well as the rest of the UAE. DFIC established in 2004. Types of firms in the DIFC include banking, asset management, brokerage, reinsurance and financial operational services. Typical benefits of starting a business in the center are 100% foreign ownership on all parts of the established business, 0% tax on profits, no restrictions on capital and foreign exchange repatriation and transparent and a highly developed operating environment. Compared to the majority of tax havens, which are offshore, the DFIC is onshore. In terms of the physical structure of the center, the DFIC has developed modern day offices and technology to attract the best companies as well as smaller financial startups.

The main objective of developing the center was because of the large amounts of money that was invested and spent abroad. In terms of high net worth individuals in the Middle East, the size of the asset pools which are invested abroad amounted to over 1.5 trillion USD. The lack of available liquidity and political risk as well as bad banking practices of the region have caused investors to send their funds in foreign institutions. This has been especially true in the past 30 years when oil prices rose rapidly. The development of the center allows for the efficient process of transferring the funds in a local region as well as allowing potential profits to be locked in the emirates, rather than abroad. The increased liquidity, which the center will create, will also reduce the investment risk in the region and create better credit ratings for local banks as they have more efficient funds available.

Many companies in the Middle East are seeking to make themselves public as a means of raising capital. This has been especially true with the growth in privatization, the fact that Dubai is the 3rd biggest re-export center in the world and the increasing amounts of foreign direct investment in the region by foreign multinationals. The IPO market for Middle Eastern countries are flourishing and DFIC is going to attract a lot of IPO’s and PO’s as well as fixed income and money market originations. DFIC will be the Wall Street of the Middle East. It has also established the Dubai International Finance Exchange (DFIX), which will be the regions main exchange where, equities, fixed income, index products; derivatives and Islamic funds will be traded. 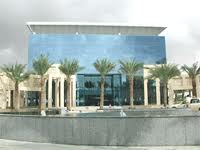 DIC  is an information technology park created by the government of Dubai in 2004 as a free economic zone and a strategic base for companies targeting regional emerging markets. DIC is a member of TECOM Investments.  The economic rules of DIC allow companies to avail themselves of a number of ownership, taxation and custom related benefits, which are guaranteed by law for a period of 50 years. One model of operation includes 100% foreign ownership; similar to those prevailing in other designated economic zones in the United Arab Emirates. These freedoms have led many global information technology firms, such as Microsoft, IBM, Oracle Corporation, Infor Global Solutions, Sun Microsystems, Cisco, HP, Nokia, Cognizant and Siemens, as well as UAE based companies such as i-mate, Acette, to move their regional base to the DIC. DIC is located adjacent to other industrial clusters such as Dubai Media City and Dubai Knowledge Village. 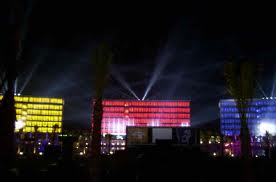 Dubai Media City is part of Dubi Holding; it has the same tax-free structure that DIC has to offer. It has been built to boost the UAE’s media capabilities and recognitions as the next “Hollywood” of the Middle East. It has been developed as a conventional market where different businesses work together to form a unit. Dubai Media City has many different business segments not limited to broadcasting; media support services filmed entertainment/production and publishing.

Other Benefits that the Dubai Media City has to offer are fully furnished business units; flexible leasing terms, flexible visa and work permit structures to benefit foreign entrepreneurs. Other similar districts include Dubiotech, which target biotech companies with the aim of growing the regions medical and pharmaceutical research capabilities.

Dubai Media City is the hub for the media industry in the GCC and Middle East, with more than 1,300 companies registered under the Free Zone, from where they serve the entire region. 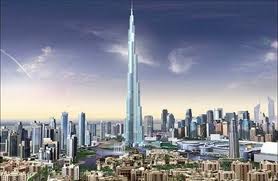 Dubai is a lucrative destination for investment. Its world-class infrastructure along with a safe living and facilitated business environments make it an ideal place to live and work. Dubai’s population is set to double in the next decade making the demand for Dubai real estate even more viable.

Real estate prices have rapidly risen in the past decade after the government shifted its main revenue sources from oil and trade to services and tourism. There was a major property boom in 2004 to 2006.

Property development in the region is Inland and Offshore. Inland projects include many of the very modern skyscrapers and the world’s tallest buildings. Burj Dubai is the worlds tallest building built by Emaar properties. Dubai Mall next to Burj Dubai is the world’s largest shopping mall. Dubai also has a number of buildings, which are replicates of famous buildings around the globe including the Eiffel Towers. Other original type structures include an underwater hotel and an indoor ski resort. 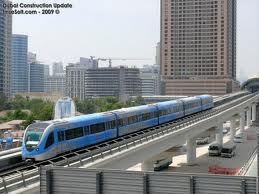 Dubai already has a fully running bus system but to create further accessibility of the above centers and is investing under 4bn USD to develop a high tech transportation system called the “Metro”, which is supposed to be fully operational by 2012.

Start a Business in Dubai