Posted on May 7, 2011 by worldinvestmentgroups 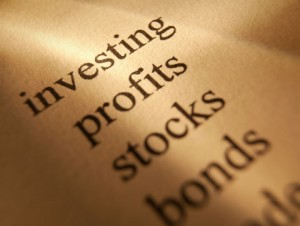 Having a good selection of investments is good, but having too big a selection can intimidate investors, especially if you’re just starting out. If you’re looking for a simple way to invest for retirement, you don’t need any more new investments. You just need ones you can trust.

For many investors, that one-stop retirement investment was the target-date retirement fund. But during the market meltdown, target fund investors were betrayed by what turned out to be more aggressive investing than some expected. Now, the big question for those looking at target funds is whether they’ve fixed their inherent problems — and whether they’ll be safe the next time the market swoons.

The good news for target fund investors is that after the long bull run in stocks, many target funds have finally recouped the losses they suffered in 2008 and early 2009. According to Morningstar, target funds aimed at those retiring in 2010 have risen by 5% between October 2007 and mid-February 2011.

For a long time, though, it looked like target funds would prove to be one of the colossal failures of the lost decade. The idea behind them was simple: tailor an asset allocation strategy based on a person’s age or expected retirement date, and adjust the allocations over the years to grow more conservative as the fund approached its target date.

Given that one of the fundamental tenets of financial planning is that you should invest less aggressively as you get older, many target fund shareholders made the mistake of assuming that with just two years left to go before their target date, 2010 target funds would have little or no exposure to the stock market. But as it turned out, many funds had relatively high percentages of their assets in stocks, and therefore the funds suffered big losses as the stock market collapsed.

In response to the controversy, many target fund companies, including Schwab (SCHW), took steps to reduce stock allocations in their target funds. Others, including Principal Financial (PFG) and (ING), expanded their funds to add alternative investments like commodities, real estate, and even hedge-fund-style investments.

But in the end, the key component of whether a target fund is safe enough for you depends on its unique way of allocating your money over time. Some companies believe that even retirees need substantial stock allocations in order to make sure their money continues to grow throughout their golden years. Others take less aggressive stances on the assumption that if you need more growth, you can get it on your own.

In fact, given how easy it is to use exchange-traded funds to set up your own asset allocation strategy, coming up with a tailor-made allocation might be even better than relying on a target fund. With expenses on many ETFs from Vanguard, Schwab, and BlackRock (BLK) at rock-bottom levels, cost isn’t a big issue with asset allocation. And with many brokers offering their ETFs at no commission, you can adjust your allocation over time without worrying about paying an arm and a leg to do it.

With thousands of stocks and funds littering the investment landscape, it’s easy to understand how target funds would be attractive to novice investors. But with a little extra effort, you can get exactly the exposure to various types of investments that you want without worrying about what your fund manager might do wrong. That’s the best way to make sure you’ll hit your target for financial success.

By Dan Caplinger, The Motley Fool